An American Tragedy was the latest book on my list of classics.  Next up are Caves of Steel, Unbroken, and The Sun Also Rises.

Despite its fairly depressing contents, I really enjoyed this book.  An American Tragedy combines elements of true crime, romance, and legal drama.  It is, at times, fairly dark, with themes touching on class, religion, murder, capital punishment, and abortion, among many others.  At other times, it's like an early twentieth century combination of Trading Places and 10 Things I Hate About You with a little Mean Girls mixed in.   I generally try to avoid spoiling books in my reviews, but I don't feel like I can adequately delve into this novel without revealing a great deal of the plot, which I do below the break. 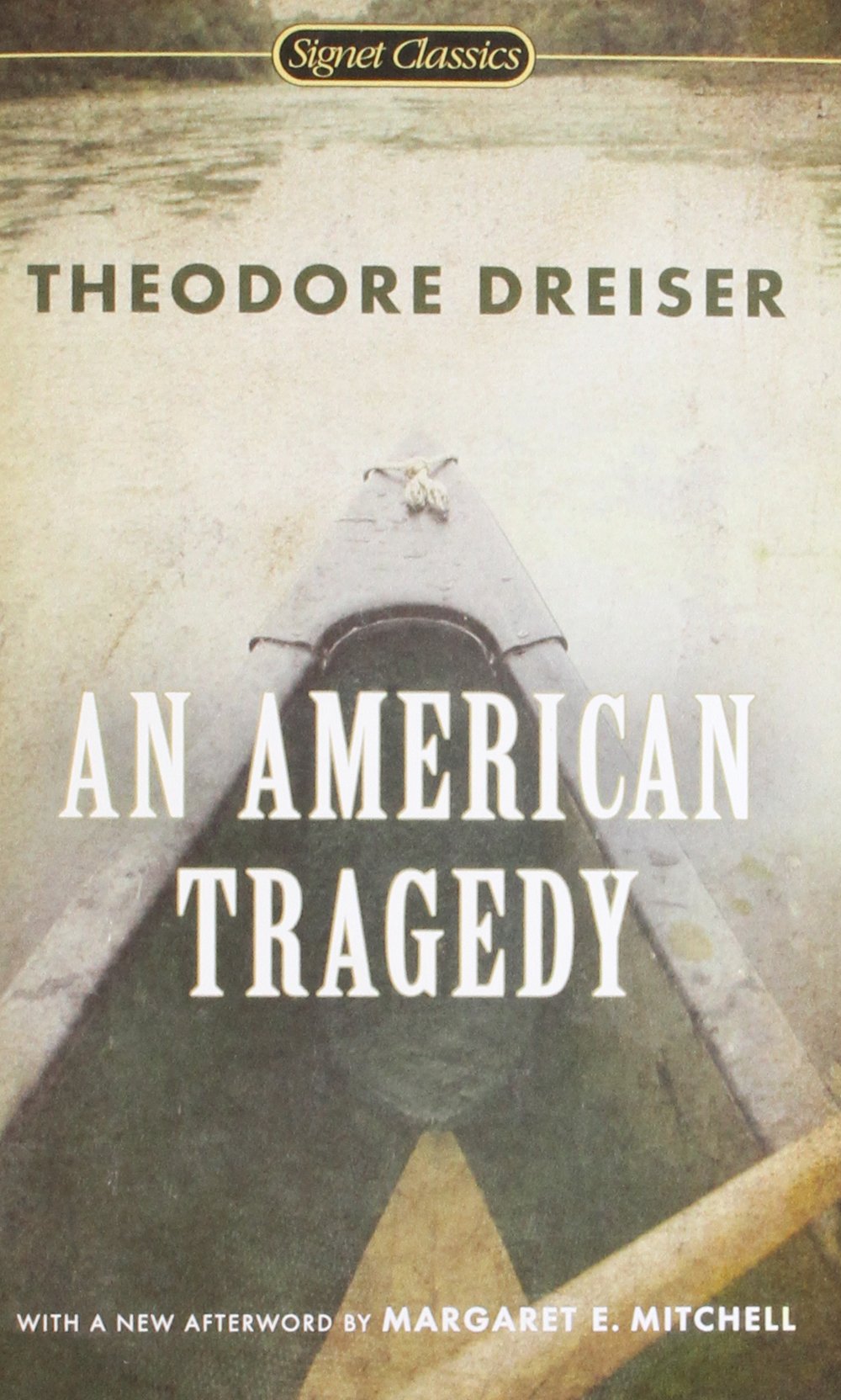 The story follows Clyde Griffiths, the son of a poor and deeply religious couple that forces him to participate in their street ministry.  He eventually makes his way to working for his uncle, a prosperous businessman who place him in a decent job but proceeds to completely ignore him. Clyde begins a secret relationship with Roberta, one of the workers he supervises.  I think Dreiser might say he seduced her, I'm more inclined to say that he cajoled and bullied her, with some sexual assault thrown in for good measure.

Random events lead to Clyde finding himself becoming more and more enmeshed in the upper class lifestyle of his relatives.  He finds himself enchanted by a wealthy socialite and caring less for Roberta.  Despite his plans to break off their relationship, he continues to have sex with her and he finds out she's pregnant just as he intends to end things.  After the options Clyde provides to abort the pregnancy fail, Roberta insists that he marry her or she'll expose him.  Increasingly desperate to keep his new life, Clyde begins to think about killing Roberta.  Without going into too much detail, Roberta ends up dead, and Clyde on trial.  The last third of the book is a fairly compelling (though at times ridiculous) trial followed by a haunting look at death row.

This all comes around to a fairly gripping read.  Certainly sad, but worth reading.
Posted by Matthew at 3:54:00 PM