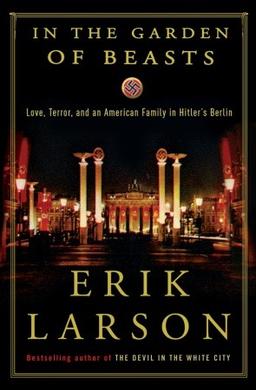 William Dodd was an academic who was mainly looking for a diplomatic posting that would give him time to complete a multi-volume history of the American South.  After several candidates had declined, Dodd was offered what was believed to be a fairly prestigious but ultimately not very consequential posting.  Given the uniform condemnation that exists today for Hitler and the actions of the Nazi Party, it can be difficult to remember that during much of Hitler's rise to power there was an ambivalence in governments throughout the world.  Officials high up in the State Department were generally either convinced that Germany would stabilize without radical Nazi policies or, even worse, actually supportive of the Nazis.  Antisemitism was not confined to Germany.  Though he was largely ignored by his superiors, Dodd was one of the first prominent voices in the diplomatic community to express concern about the dangers inherent in the entrenchment of the Nazi Party.

Possibly even more fascinating than William was his daughter, Martha Dodd, who spent her late twenties with her father in Berlin.  While the ambassador generally worked to reveal the dangers growing in Germany and to undermine the Nazi Party, albeit largely without effect on both counts, his daughter seemed far more concerned with her romantic life.  At first, she didn't let politics interfere.  At one point, she was romantically involved with both the head of the Gestapo and a high ranking Soviet intelligence officer.  Initially she was an ardent supporter of the Nazi Party, but following the Night of the Long Knives she began to break ties with her German companions and her sympathies came to lie entirely with the Soviet Union.  She would come to be a spy for the Soviet Union but was probably no more effective than her father at making a meaningful difference in world affairs.

Overall, I found it to be a fascinating book that offered a fresh perspective on a topic that has probably been written to death.  I'd recommend it to anyone who has any interest in the topic or just generally enjoys historical non-fiction.
Posted by Matthew at 7:17:00 PM