The Road to Jonestown: Jim Jones and Peoples Temple

I'm probably revealing my ignorance here, but, despite the popular saying, I honestly hadn't realized that there was a cult that committed mass suicide by drinking Kool-Aid.*  The saying "don't drink the Kool-Aid" actually seems to be more popularly used to warn someone away from accepting indoctrination rather than doing something really bad as a result of indoctrination.  Now I know more about the topic than anybody needs to thanks to Jeff Guinn's The Road to Jonestown: Jim Jones and Peoples Temple.  While his life and methods have been extensively researched, Jim Jones remains an enigmatic figure.  Guinn, at least, certainly doesn't portray him as the easy to hate two-dimensional villain one would expect from a cult leader responsible for nearly (if not more than) a thousand deaths. 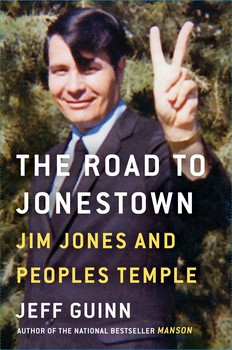 I was surprised to learn that, early in its existence, the Peoples Temple actually did a lot of good for the communities it was a part of.  Jones helped get clothing and food to the needy and get disenfranchised citizens help from a government that had long ignored them.  Many of these efforts could be seen only as means to increase his congregation's size and, as a result, his power, but there seemed to be a real desire to do good.  He made progressive stands on racial equality that seem to have undercut  his recruiting efforts.

I don't mean to say that he was a good man.  Especially in the early years of the Peoples Temple, it's plain that he used deception and what was essentially stage magic to trick people into thinking he could cure cancer.  He was plainly manipulative.  And that was during the good years.  As time wore on, drug abuse compounded his existing paranoia and narcissism and led to increased instances of coercion, blackmail,  and threats to control people around him.  Once he had the membership isolated in Guyana, these problems only escalated until the tragic day when nearly a thousand people lost their lives, most of them willingly.  It was fascinating to read about the path to that day and I would recommend this book.

*For the sake of accuracy, I do need to point out that it wasn't actually Kool-Aid, but the cheaper Flavor Aid.  I doubt that provided much comfort to the Kool-Aid marketing department as a catch phrase associated with cults telling people not to drink their product became a permanent part of the American culture.
Posted by Matthew at 4:33:00 PM