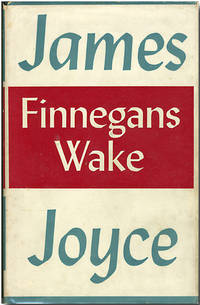 Including those last two isn't a coincidence.  This book takes the elements that makes each of those works difficult to read, combines them, and multiplies them several times over.  None of the slang words that Burgess invented for A Clockwork Orange were a hundred letters long.  Finnegans Wake has ten of those.  It annoyed me that a significant portion of Infinite Jest takes place in end notes.  I don't recall, and I think I would, significant portions of the book being nonsensical prose in all caps with footnotes.  That is one of the many delights that await you in Finnegans Wake.  Clearly I didn't enjoy this book and wouldn't recommend it.  I feel like the most effective way to keep people from reading this book is to close with a quote, so it can speak for itself (insofar as it ever says anything).