I finished Lolita today. With my new cycle of classic -> sci-fi/fantasy -> non-fiction, my next books will be Dune, Surely You're Joking, Mr. Feynman!, and then Don Quixote.

Lolita was, as promised by different people, simultaneously some of most beautiful prose I've ever read and deeply disturbing. There can be no doubt that Nabakov is one of the best writers in English literature. Even limiting it to English literature is probably unnecessary. It is so much more than the words themselves. While I definitely got some references on my own, it was only by reading the annotations that I found just how much is packed in there. It seems as though each and every single word was chosen with care and precision. 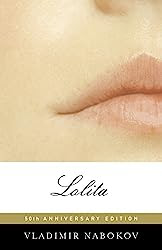 The protagonist of the novel, Humber Humbert is a narcissist, pedophile, rapist, and murderer. One might go so far as to call him a psychopath. The majority of the book consists of him planning to rape a 12 year old, and then getting her to have sex with him using any threats or promises he can think of. He doesn't use a single vulgarity in those pages, but his descriptions of little girls and what he wants to do with them made me sick to my stomach. I felt extremely creepy reading some of those chapters. I'm surprised by the fact that some people find themselves empathizing with Humbert. The only thing I can remember him doing that wasn't actively objectionable was not killing Lolita's mother, an omission that could come more from fear than any sense of morals. For all the beautiful writing, it's ultimately a fairly depressing book. I can't think of a single character that I didn't actively dislike.

I do sort of wish that I had read this later on. As much as Lolita is itself a great book, it is also very much an homage to classic books. Many of the references and styles draw upon material that I have yet to reach in my list. In particular James Joyce, who Nabakov clearly admired (though I'm not sure why). Infinite Jest was also filled with references to James Joyce, and had a couple references to Lolita. I trust this won't be an issue when I get to my next classic book, Don Quixote.
Posted by Matthew at 6:05:00 PM