Today I finished Invisible Man. Next up are Children of Dune, Contre Saint-Beuve, and the Count of Monte Cristo.

To be clear, I read Invisible Man by Ralph Ellison, not The Invisible Man by H.G. Wells. The latter is a pretty creepy science fiction story, while the former is a disturbing and, at times, confusing look at the conditions faced by African Americans in the early 20th century. It is only a coincidence, but an appropriate one, that I’m posting about it today, the first day of Black History Month. 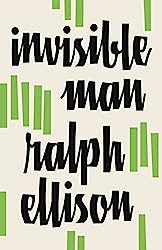 I can’t really say I enjoyed the book, as I found it depressing more than anything else, but it was definitely worth the read. The book has heavy existential components and lots of symbolism. The prologue and epilogue were fairly slow reads for me, as someone who doesn’t absorb those kinds of elements well. The story itself, however, was a fairly easy read that kept me riveted. It also made me fairly uncomfortable at times. Ellison, while not being incredibly direct, was critical of the philosophies of Booker T. Washington and others who are generally held in high regard for advancing the cause of African Americans. At times I felt as though I was in the middle of an argument that I have no context for or any right to weigh in on.

I’m glad I read it. It had both an interesting story and perspectives that I hadn’t encountered before.
Posted by Matthew at 2:13:00 PM